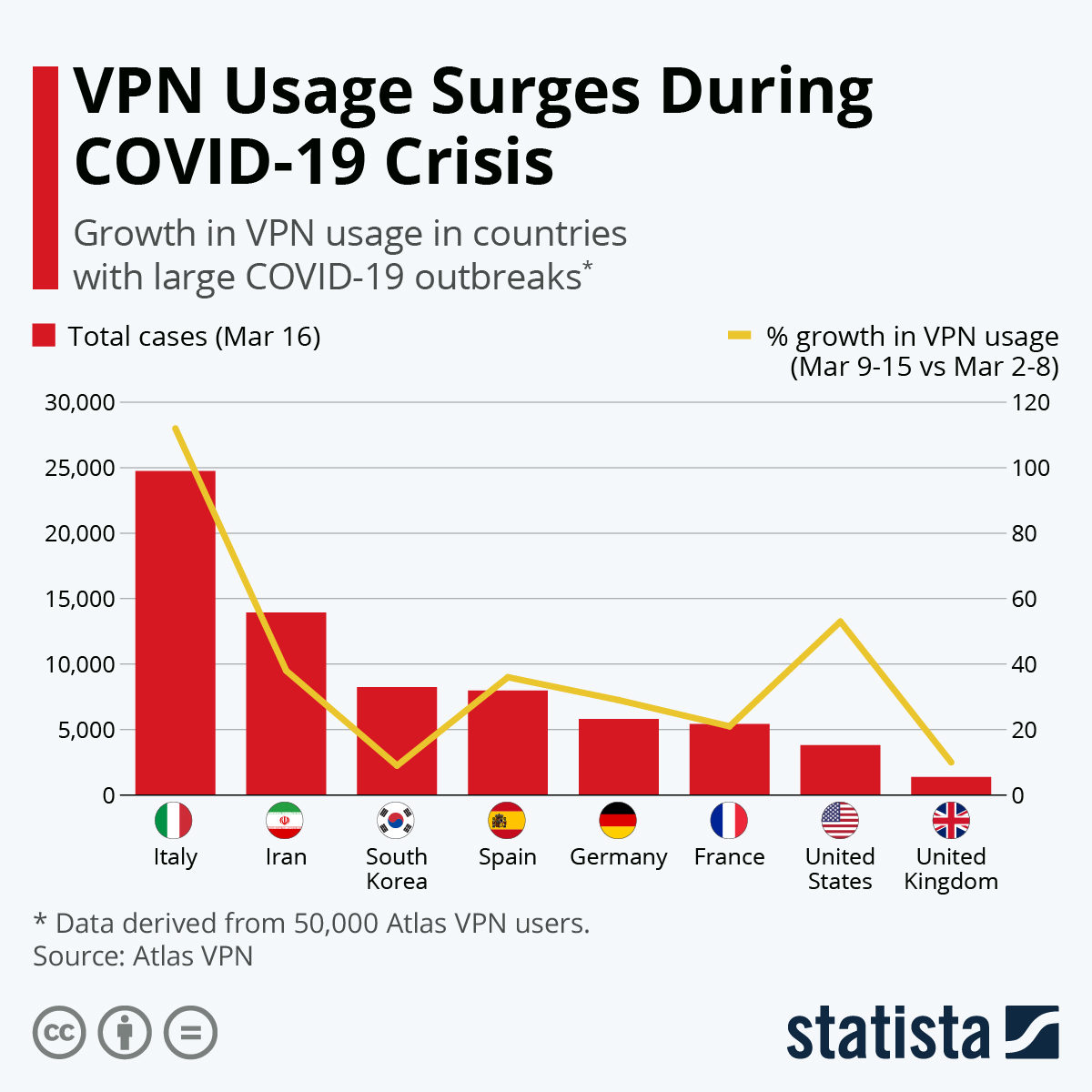 According to Statista, the global COVID-19 outbreak has led to a surge in VPN usage, citing recent data published by Atlas VPN of its 50,000 weekly users during the weeks from March 2-8 and March 9-15 that shows a steep rise in VPN usage in countries dealing with significant outbreaks.

Even in countries with fewer cases, VPN popularity has increased. For example, the US had 3,802 confirmed cases at the start of this week while VPN usage climbed 53% over the course of the past week. In countries experiencing lockdowns in a bid to slow COVID-19’s spread, there have also been increases. Usage grew 36% in Spain, 29% in Germany and 21% in France.

Atlas VPN attributes the growth to more people staying at home due to lockdowns, quarantines and social distancing. In most countries dealing with significant outbreaks, schools and malls remain closed while employees are being encouraged to work from home. That has resulted in more people spending their time online with some availing of VPN services to access ‘geo-blocked’ streaming content. Most companies also only allow their employees to work via a VPN connection to ensure the safety of their files and avoid hacking.