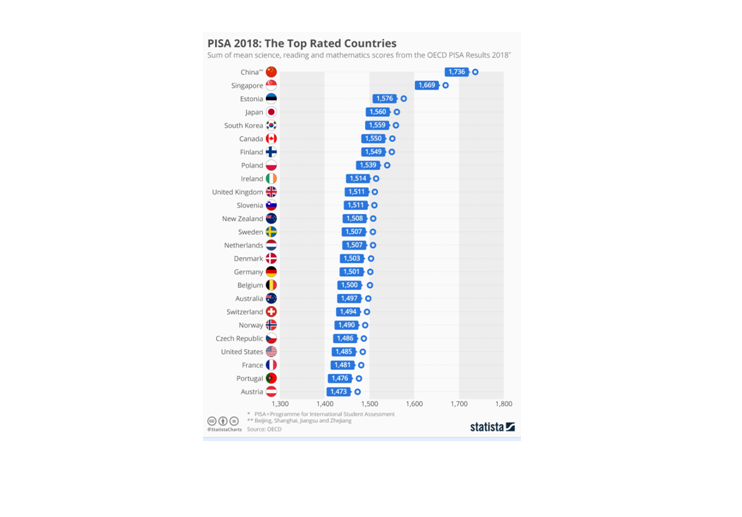 Australia and New Zealand ranked well in a global assessment of the next generation of technologists, according to an extensive assessment of teenage students around the world.

The OECD (Organisation for Economic Co-operation and Development) conducts assessments every three years of education systems worldwide by testing the skills and knowledge of 15 year old students in science, reading and mathematics. The assessment, named PISA (Program for International Student Assessment), is conducted in 79 countries, with 600,000 students put under the spotlight of a two-hour test.

With a mean score of 1,736, China tops the list ahead of Singapore and Estonia in second and third respectively. The US only makes it into 22nd place with a total average score of 1,485. The average for all of the OECD countries tested was 1,465.

China’s apparent dominance of this measure of student attainment should however be taken with a ‘pinch of salt’. Unlike the other countries tested, China’s scores are based on pupils in Beijing as well as Shanghai and its two neighbouring provinces – Jiangsu and Zhejiang – home to just 183 million of China’s 1.4 billion inhabitants. The report does note however, that the level of income of these Chinese regions is well below the OECD average.