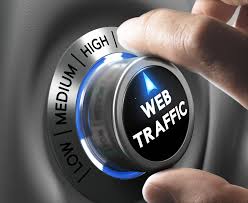 According to Cisco, more than 4.7 zettabytes of IP traffic has flowed across the internet since its inception in 1984 – the equivalent of all the movies ever made crossing global IP networks in less than a minute!

Yet Cisco’s latest Visual Networking Index (VNI) predicts that by 2022, more IP traffic will cross global networks than in all prior ‘internet years’ combined up to the end of 2016. In other words, more traffic will be created in 2022 than in the 32 years since the internet started.

Where will that traffic come from? By 2022, 60% of the global population will be internet users; over 28 billion devices and connections will be online; and video will make up 82% of all IP traffic.

“The size and complexity of the internet grows in ways that many could not have imagined,” said Jonathan Davidson, senior VP, Service Provider Business at Cisco. “Since we started the VNI Forecast in 2005, traffic has increased 56-fold, amassing a 36% compound annual growth rate (CAGR) with more people, devices and applications accessing IP networks.”