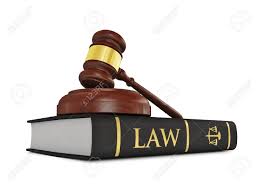 Under amendments to the Paid Parental Leave Act 2010 (Cth) (Parental Leave Act), the government is broadening the pool of eligible new parents able to access the existing 18 weeks’ leave, funded by the Federal Government at the national minimum wage.

From 1 January 2020, the Parental Leave Act amends the ‘work test’ which will result in more working mothers being able to access the Government’s Paid Parental Leave (PPL) scheme.

Previously, to be eligible for PPL, a parent must have worked a minimum of 330 hours in 10 of the 13 months prior to giving birth, with no more than an eight-week break between two working days.

The Parental Leave Act has amended the work test in the following ways:

The amendments apply to parents of children born or adopted on or after 1 January 2020.

In November 2019, Victoria passed the Workplace Safety Legislation Amendment (Workplace Manslaughter and other matters) Bill 2019 (Vic). The effect of this legislation is to amend the Occupational Health and Safety Act 2004 (Vic) to include the new offence of workplace manslaughter.

Workplace manslaughter will work to capture employers’ negligent conduct, whether through action or inaction, which results in the death of an employee or member of the public.

As of 1 March 2020, changes to annualised salary provisions in some modern awards will be implemented. This is a very complex issue, some key aspects are: