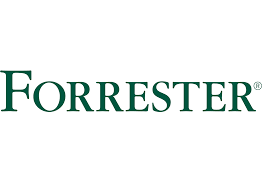 According to a recent Forrester report, Australia’s job market will shrink by 11%, or 1.5 million workers, by 2030, as artificial intelligence and automation continue to reshape workforces globally. Employees in finance, accounting, and procurement who perform highly structured administrative tasks are most at risk: Automation is likely to eliminate a million of those jobs first.

The report, entitled ‘Future Jobs: Australia’s Automation Dividends And Deficits, 2020 To 2030’, analysed 391 occupations tracked by the Australian Bureau of Statistics. To identify the jobs that will be most affected, the report grouped the occupations into 12 automation categories that share common skills and activities. As automation gets more advanced, some jobs will be lost, new ones will be created (1.7 million by 2030), and several others will transform into the ‘gig-economy’. Workers unable or unwilling to accept the transition will depart the traditional workforce entirely.

Key findings from the report:

Commenting on the findings, Sam Higgins, principal analyst at Forrester said: “Some of the biggest challenges that firms face in embracing automation technologies relate to culture and change-management. It’s critical that policymakers and employers learn how to minimise the number of ‘digital outcasts’ by measuring the ability of individuals and organisations to adapt to, collaborate with, trust, and generate business results from automation, or else over 1 million Australian workers may be left stranded beyond the next digital divide.”